Many thanks to Mike Higgins for organizing this great paddle!
We started out from Usal Beach which was socked in with a fog bank! 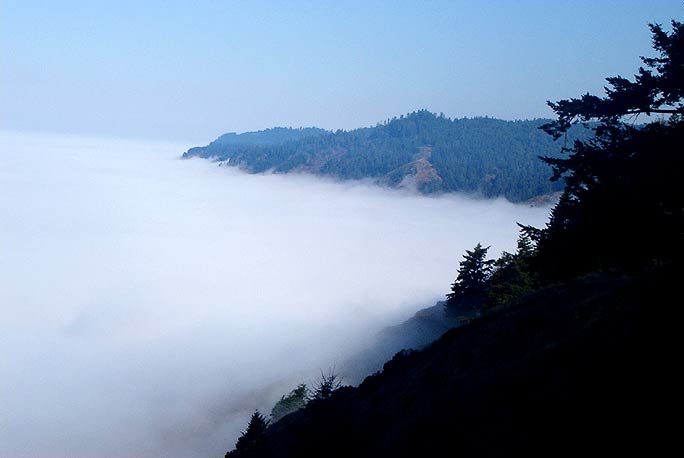 8 out of 9 paddlers launched with the 9th paddler making a much respected decision not to launch into conditions he was uncomfortable paddling a loaded kayak in. 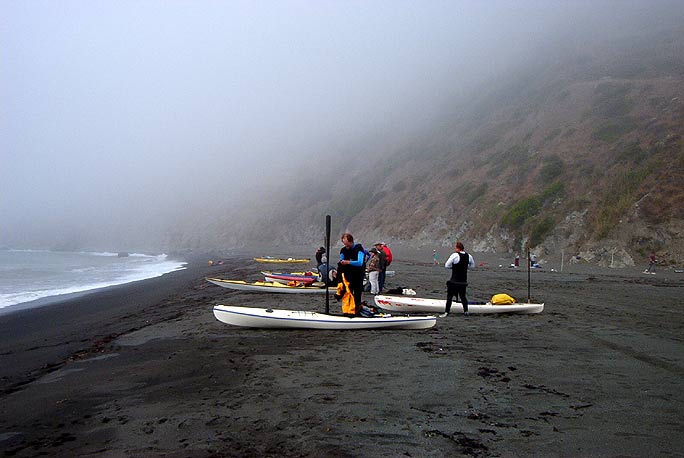 We made it to Little Jackass Creek a little bay which is just South of Mistake Point. Mike relaunched with Jay and Lucy to check out the Anderson Cliffs just North of us.
Powerful shore break made launching and landings interesting! 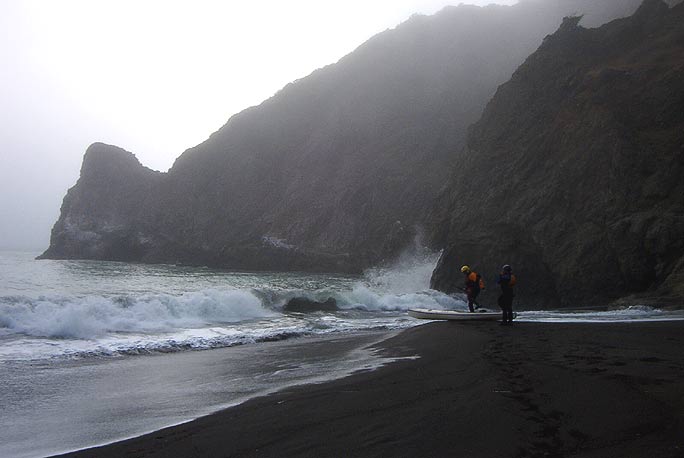 The rest of us set up camp. 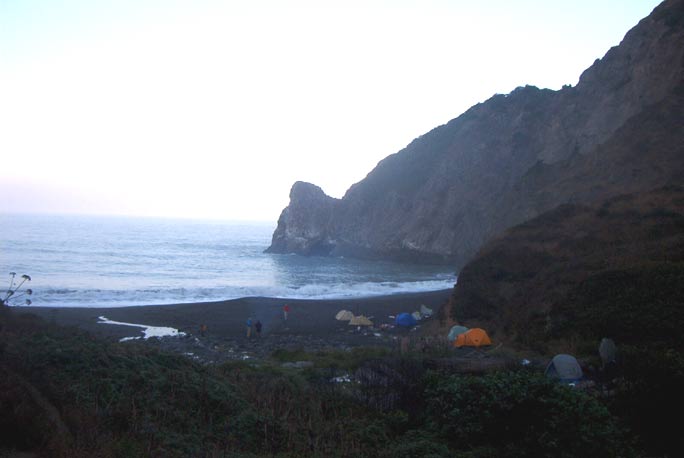 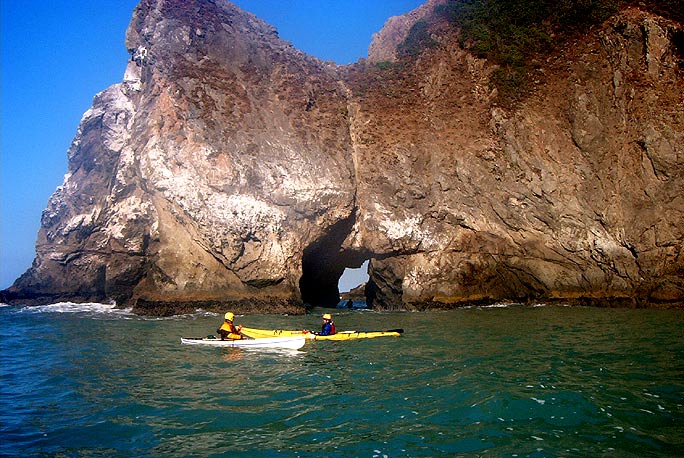 We thought of checking out the Anderson Cliffs which are North of Mistake Point.
But it was time to paddle South. 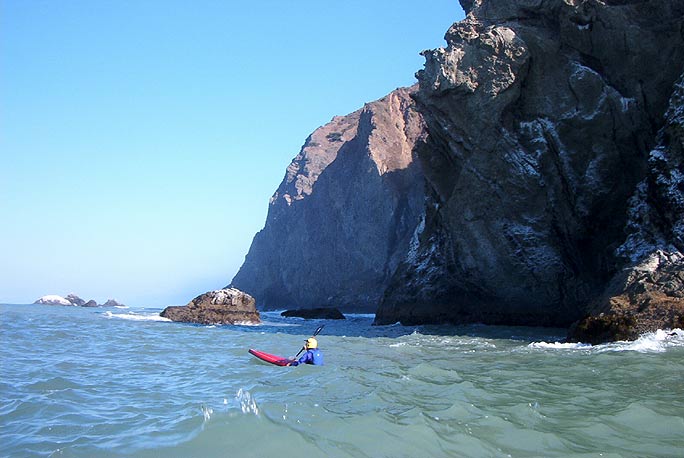 Mistake Point from a distance to the South. 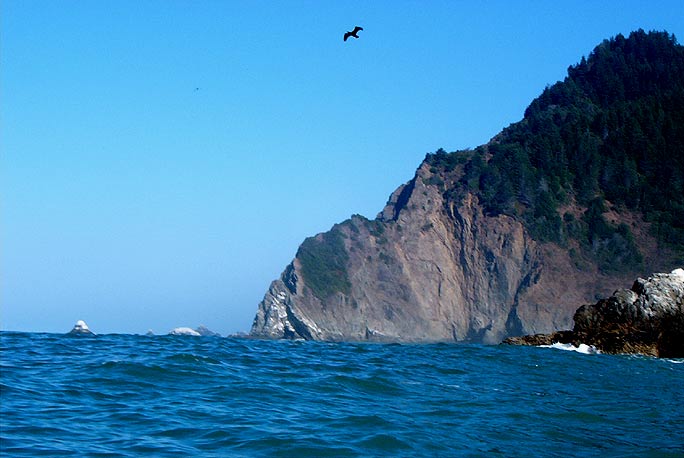 A bay directly South of Little Jackass Creek. Smaller but another camping option. 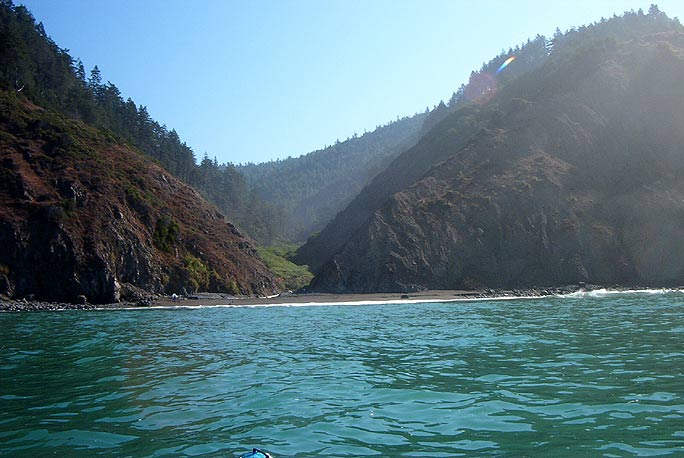 As we paddled South the water sparkled like diamonds. 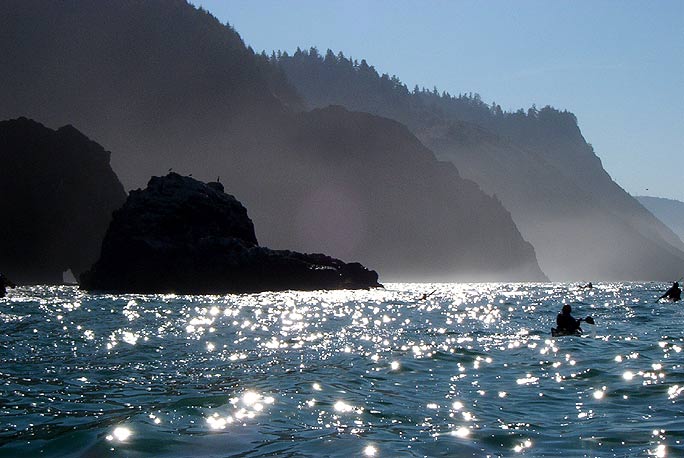 There were numerous sea stacks. One has a blowhole which blows out the top during high tide. 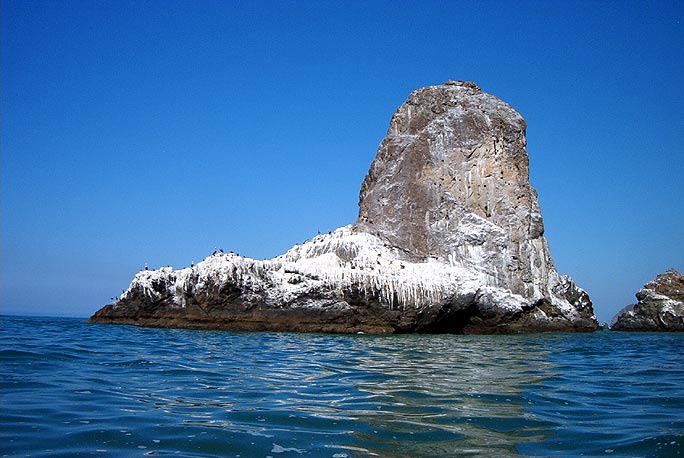 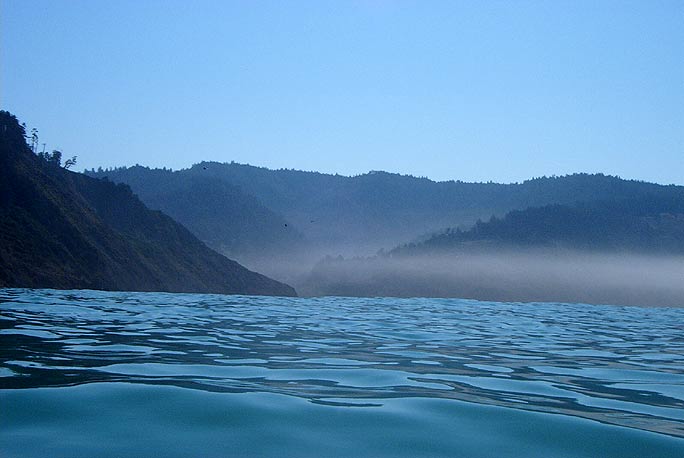 We checked out the offshore rock at Soldier Frank Point which was covered with sea lions, high and low. 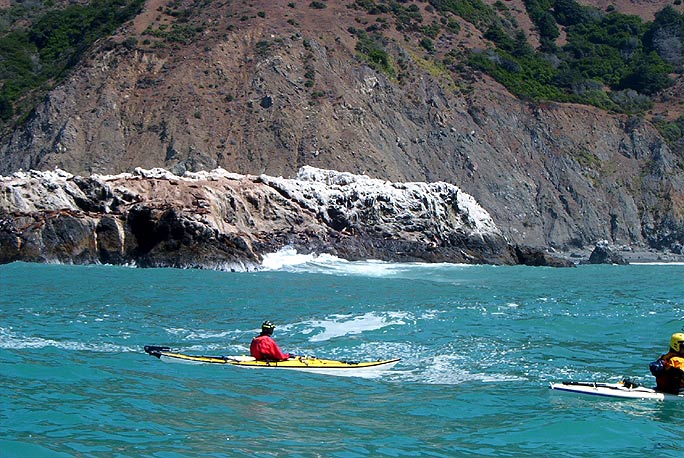 Onto to Rockport Bay which has a perfect pocket beach on the North end for lunch and swimming. Our camp at Rockport Bay, each unit has it's own address. Mine was 9 Rockport Place. Mike had some great before and after photos of this place. 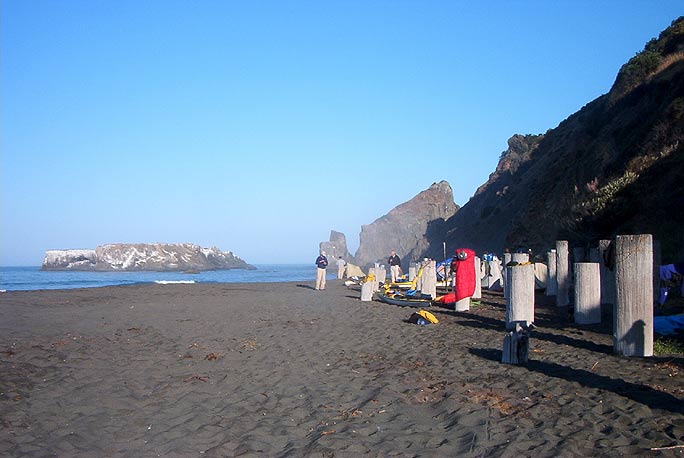 What a great group of kayakers to paddle with! Wind light and variable up to 15 NW knots as we rounded points. Seas NW 3-4' sets at put-in Usal beach to 5-6' around the Northern points-outside sets to 8'. Some evidence of side band swell (occasional outside sets) from a dissipating tropical depression in the Eastern North Pacific West of Calif.

Sunday clear and warm. Light NW wind under 10 knots in the North portion to light South wind Southern portion. Seas 5' North in the morning to 2-3' at Usal Beach around 11 AM to 5-8 foot offshore at Sea Lion Rock near Rockport Bay and Cape Vizcaino. 2-3' with higher sets to 4' in Rockport Bay itself.

10-11 mile paddle from Mistake Point to Rockport Bay from
9 AM to 2:15 PM took appox. 5 hours and 15 minutes with some paddlers landing at Usal Beach

Monday Labor day- clear, sunny and warm. Light variable winds up to 10 knots. Seas continuing to trend downward as we paddled South with some pick up near points. Forecasts of fog and drizzle arrived a day late between midnight Mon. and early morning on Tues 9-3.
5 mile paddle with a lunch stop at Hardy Creek from Rockport bay to the steps just South of Abalone Point or the beach a little further South.  11AM to 3:30PM.

Water temps continue below normal in Northern Calif due to extreme upwelling in the spring of 2002. Measured between 51.1-53.7 degrees. Normal is in the mid 50's. Made swimming tough as 55 being my current temp threshold.

If you want to check weather and ocean conditions before you paddle!
See weather briefing page